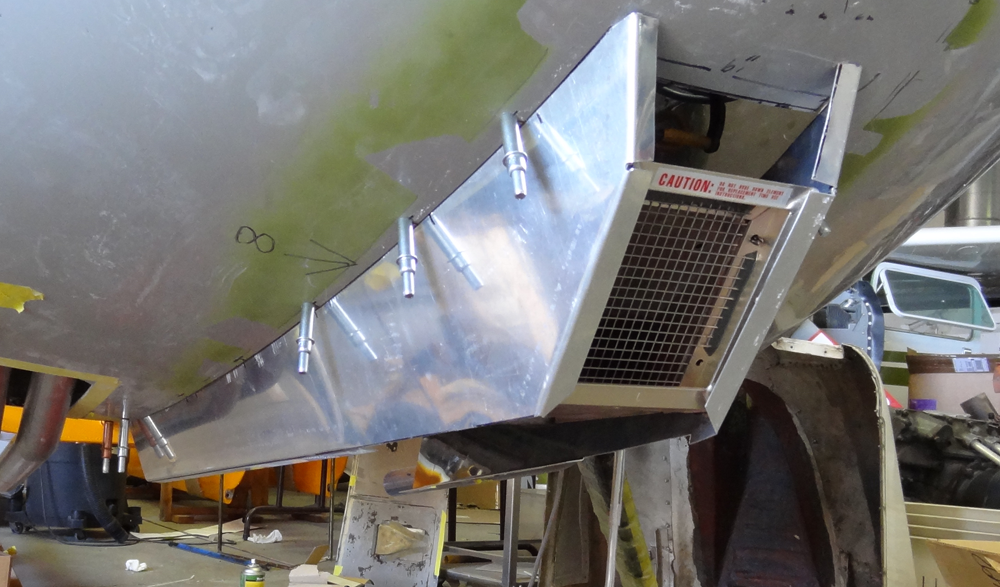 The cowl is mounted, but it’s a long way from finished. The next task is to work on the air intake section of the lower cowl. The previous cowl had a snorkel-type system which required fiberglassing skills that I don’t have. Furthermore, by installing a C-150 air filter I’m gonna have to build the lower cowl around that.

Unfortunately I didn’t take pictures of the beginning steps, but I started by cutting out a hole that allowed me to work around the air filter, then I cut out everything between the dashed yellow lines. The big trapezoid-shaped piece remaining is what I used for making the oil access door. 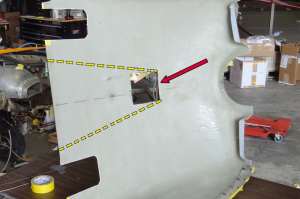 After making several cardboard versions of what looked to be a decent setup, I used those as templates to cut out some sheet aluminum and cleco them into position. 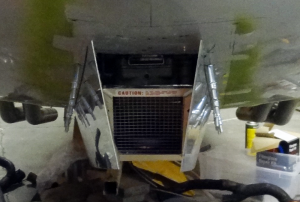 Next, the edges were broke and excess material was trimmed away. 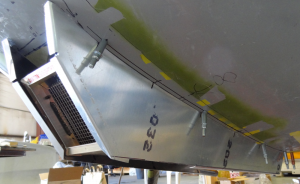 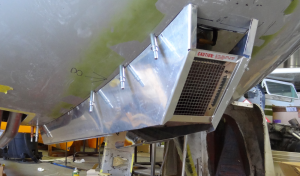 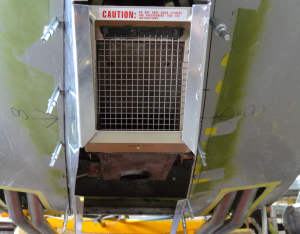 I have a specific goal with this undercowl. My plan is to make it as easy as possible for me to access the oil drain and filter in order to make oil changes as easy as possible. In the past, an oil change required a complete decowl, then oil drain, then the painstaking task of unscrewing the oil screen from the back of the engine. There was no convenience whatsoever. Every oil change was at minimum a three-hour job and it had to be performed every 25 hours!

By making the undercowl into several pieces, I’ll be able to unscrew the lower panel to access both the oil drain and new oil filter that I will be installing (and getting rid of the oil screen). 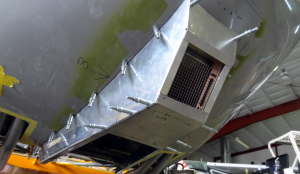 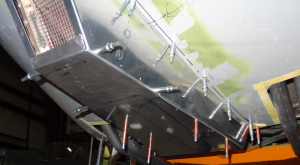