Cleaning Out The Hangar 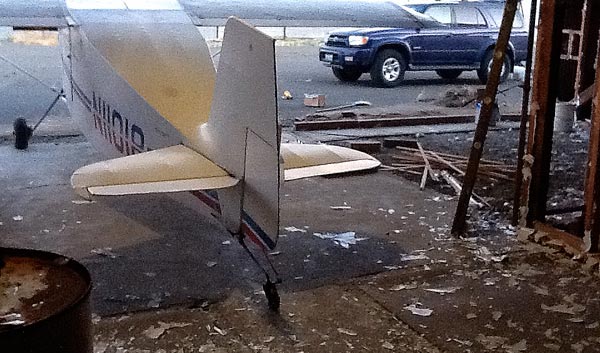 The “new” T-hangar is pretty messy inside because all of the plastic sheeting that was hung on the beams to separate it from the neighboring T-hangars has biodegraded or degraded (or something). This stuff is awful. It looks like a white poly-plastic tarp, but when you touch it, it crumbles. I’ve never seen anything like it and if anyone knows what this stuff is called, please leave a comment below so all three people that read this blog can be warned to NEVER EVER use this stuff for anything whether it be for home or hangar use. 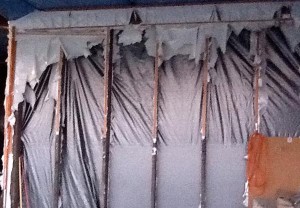 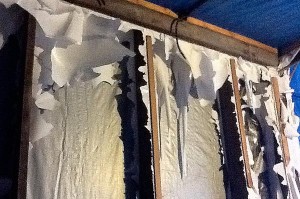 See those big pieces on the left? If you try to pick them up or sweep them, they become pieces of dust like all the rest of the mess in the picture! 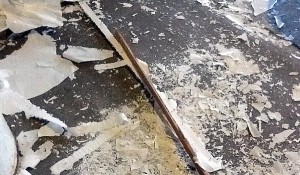 This is what one side of the hangar looked like after several hours sweeping. As you can see, it’s still a mess. 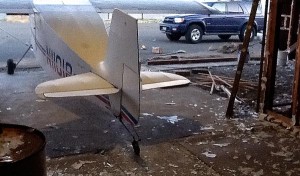 I aspire to buy or build a Super Cub one day, so having a CubCrafters Top Cub for a pseudo hangar mate is apropos. I hope I can have a flight in it sometime. ;-) 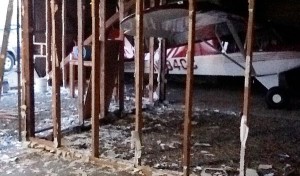 The outside of the hangar is in desperate need of some landscaping. Weeds have crept up around the foundation which makes the doors sometimes difficult to open. 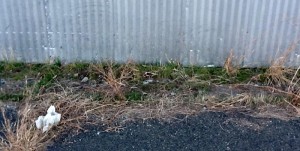 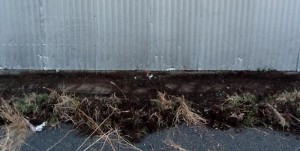 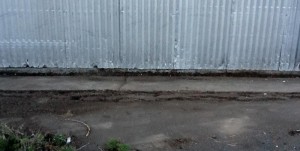 I hope the weeds weren’t holding the foundation in place. 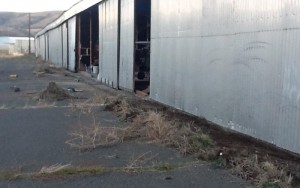 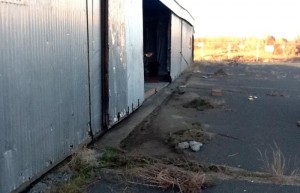