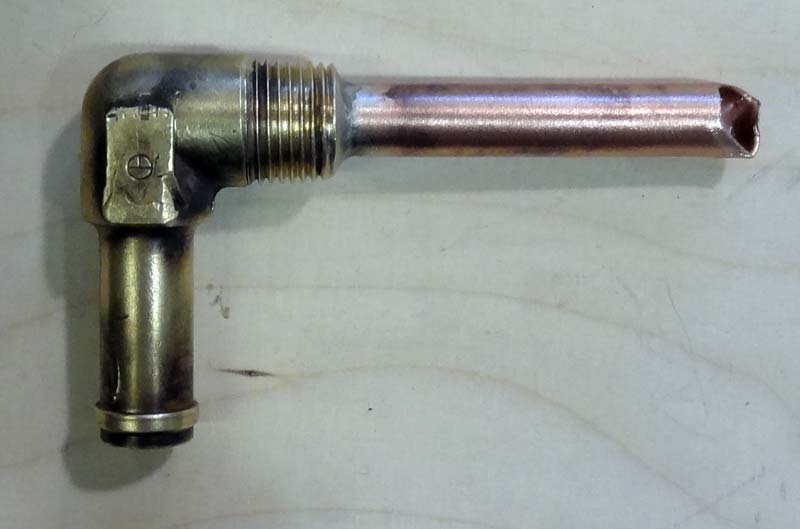 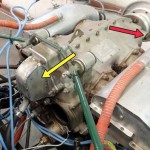 The installation of an electric starter involved the removal of the air-oil separator, and this has proven disastrous in terms of oil blow-by. N11018 has become the Exxon Valdez of the skies. For those of you just tuning in, the air-oil separator on my Continental O-200 was mounted to the back of the engine where a starter would normally be (see inset, yellow arrow). Removing this important component meant relocating the crankcase breather tube to the front of the engine (red arrow) and therein lies the problem. I couldn’t understand how so much oil could be blowing from the crankcase, but after some research I learned that just on the other side of this breather outlet (inside the engine case) is a “shelf” upon which oil accumulates and this accumulation allows for larger quantities of it to blow out. In fact, there was so much blow-by that the tailwheel would get coated in oil; enough oil that every place I stopped on the tarmac would look like a parking stall at AutoZone the next morning. My Mom wanted to make certain I was aware of the problem before I took her on an Easter Sunday flight and said, “This wheel back here is leaking oil.” When things get to the point that your tailwheel appears to be leaking oil, it’s probably safe to assume you’ve got a problem. After some more online searching, I found an affordable solution to the problem which happened to be the same great resource that paved the way for my B&C starter installation: Bowers Fly Baby (see the section on “Crankcase Sealing and Breather Tube”).

If you look at this picture which can be found at the above BFB link, you can clearly see the “shelf” that the oil accumulates on. By extending the length that the breather fitting reaches into the engine, you reduce the amount of oil that can access the blow-by hose. Start by brazing a piece of copper pipe into the threaded end of the breather fitting. 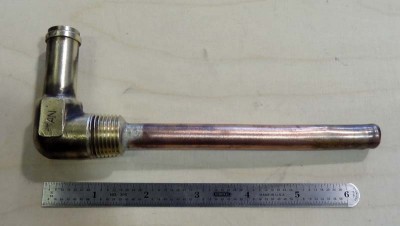 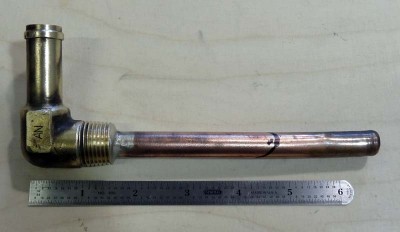 Then cut at the appropriate angle. This photo is a bottom view. 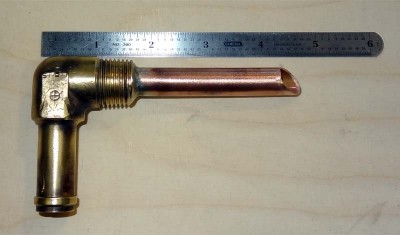 Then, as described by Harry Fenton on BFB, it needs to be “fish mouthed”. 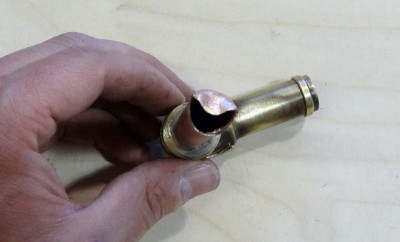 And here’s what you have when it’s done. 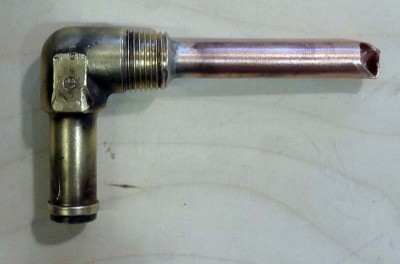 The end results were drastic. For a while I figured a little sheen on the underside of my Tailwind might be a good thing. You know, to keep the fabric from rusting. I’m excited to say that this modification has certainly been an improvement and there isn’t any noticeable blow-by on the underside nor the tailwheel of my Tailwind.

Credit for this modification goes to Harry Fenton at Bowers Fly Baby who then credits Bill Pancake for it. Thanks, HF and BP.