Packwood Has Been Conquered

This wasn’t my first attempt at setting down in Packwood, but it was almost as harrowing as the first! This place has been on my list for a while and if at first you don’t succeed at landing in Packwood, try, try again. So I did. Some words of advice for anyone unfamiliar with this strip: don’t try any wheel landings. There are dips in disguise that run the width of the runway and when you hit one of these at 60mph you’ll be sprung into the air like an Olympic gymnast which isn’t necessarily a bad thing, but when you set back down, if you’re like me, then you’re destined to hit another one of these dips launching you into bronze medal contention at the Packwood Olandpics. Also, anticipate winds that are about as consistent as Larry King’s marriages. They change a lot.

My Tailwind is parallel to Runway 01. Note the windsock is indicating a strong wind at about 090. 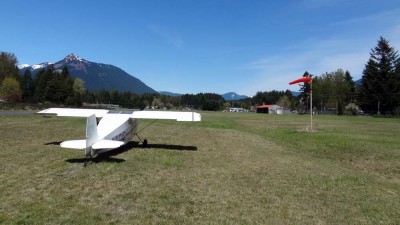 A short walk across the runway and you can now see the windsock is indicating a medium wind at about 230.

One thing the windsock didn’t do was indicate wind directly down the runway.

Here’s a shot of Mount St. Helens which can be seen in the distance en route to Packwood from Yakima. 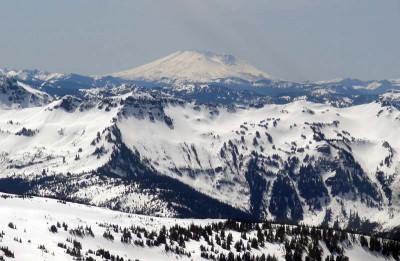