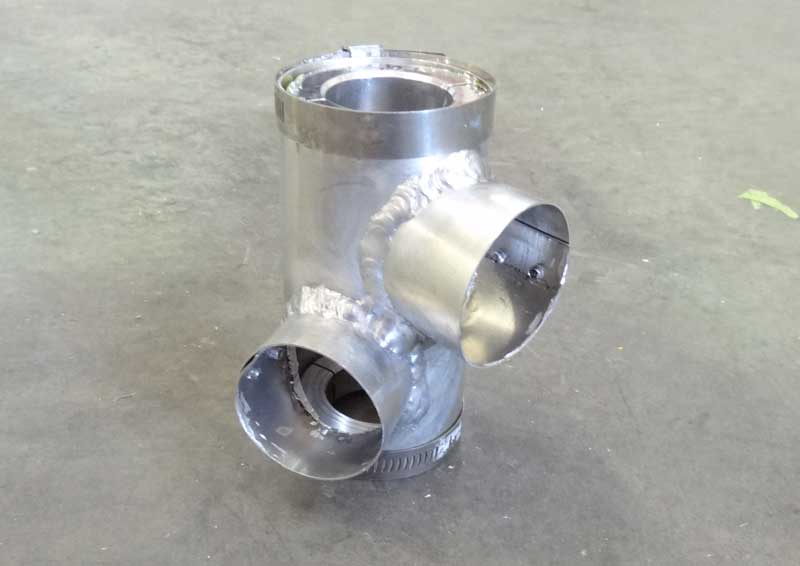 There’s a fun-flying aircraft that’s occasionally seen in the wild blue, and once spotted, it’s immediately recognized for its missing cockpit. It’s called a Breezy. The only thing that separates N11018 from “Breezy” status is the fact that it has a cockpit. Because of this, it can never be referred to as a Breezy, but as long as N11018’s cockpit remains intact, it shall be called a Drafty because, well, this sucker is drafty. There’s yet a place I’ve flown to where either my core or my extremities haven’t experienced the sensations that happen when exposed to temps as the mercury approaches zero. I’m not complaining though. The 1965 construction has held up quite well, though over the years there’s no denying, this ship has become drafty.

The two left side exhaust stacks were rigged up for the carb heat box so that left me only the right side exhaust system from which to build a heat muff. The forward exhaust stack was completely unusable, but the rear stack had about 6″ of almost-straight, nearly-unobstructed pipe so that was the best place to work with. 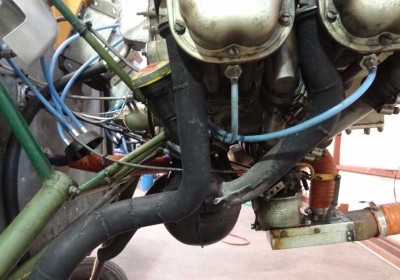 I got two aluminum 2-piece shaft collars from Grainger… 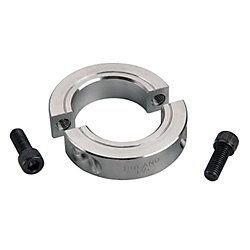 The 2″ x 7 ” x 0.032″ sheet of aluminum was cut into 1″ strips and then riveted into 2″ diameter cylinders that would become the inlet and outlets for the heat muff. 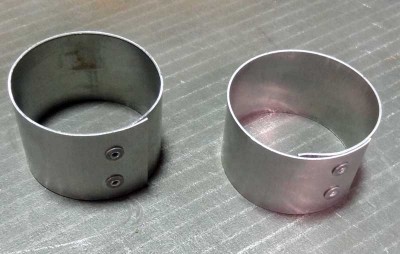 The shaft collars were clamped onto the exhaust and the 6″ x 8″ x 0.032″ sheet of aluminum was wrapped around them. Sorry, I don’t know why I don’t have a better photo of this, but if you look at the hose clamps on this photo, underneath is where the collars were attached.

Using one of these sanders… 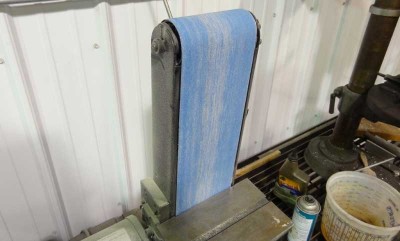 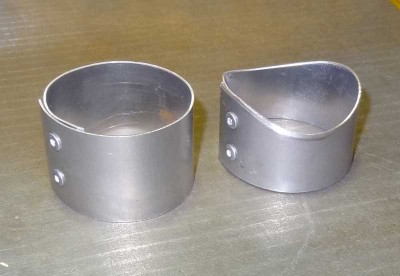 The inlet and outlet were then welded to the muff. If you look carefully, you can see the aluminum collars inside and how they help shape the heat muff. 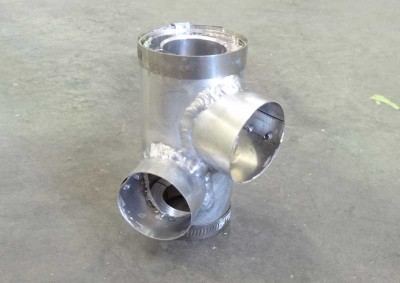 This patch shows that maybe possibly once upon a time this ship had a heating system.

Digging through an old pile of airplane parts, I found this abandoned Piper heater box. I think it came from a Super Cub. 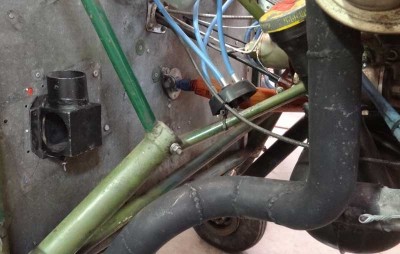 Next I needed a way to control the heat box. Digging through the same pile of old airplane parts, I found a cable that was suitable for the task, and an empty spot on the experimental canvas to place it (to the right of the mag switch). 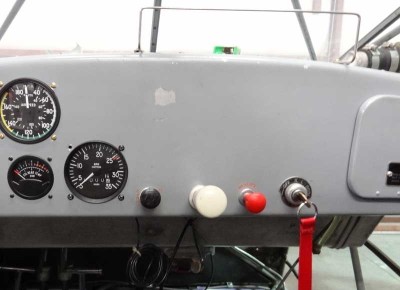 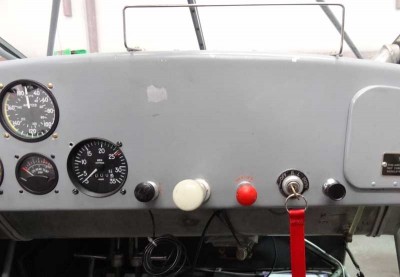 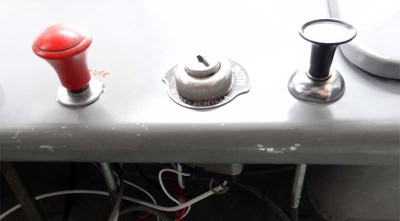 To finish the installation, well… let’s just say that I used the creative freedom allotted to me in the Experimental Category.