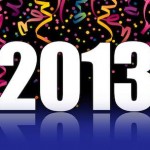 Happy New Year, everyone. The Tailwind isn’t back in the air yet so no new videos or photos to share. To get myself motivated to have 11018 flying soon, I have resolved to fly her 150 hours this year which is roughly three hours per week. I think that’s doable. The biggest obstacle is the expense of fuel. I do have the good fortune of running auto gas, however due to the US government scam known as E85 (or in layman’s terms: ethanol treated fuels), the number of gas stations that actually sell pure gas have dwindled almost to extinction. There’s still one station standing in the Yakima area selling ethanol free fuel which at the moment is approximately $4.00/gallon. Calculating fuel burn at 5 gallons/hr means 750 gallons of fuel I need to buy this year. 750 x $4.00 = $3,000.00 to spend on fuel and that’s being conservative. As all Americans know, fuel prices begin to rise dramatically for the summer so it would come as no surprise to me if my ethanol free fuel prices climb to $4.75/gallon, meaning I should realistically plan to spend $4,000.00 on fuel this year. YIKES!

If you’re looking for ethanol free gas in Yakima, you’ll find it at Sharp’s Conoco in Moxee. 212 E Moxee Ave Moxee, WA 98936. There used to be two Conoco stations in Yakima (each within two miles of the airport), one in Union Gap, and one in Selah that all sold ethanol free gas. Now none of them do.