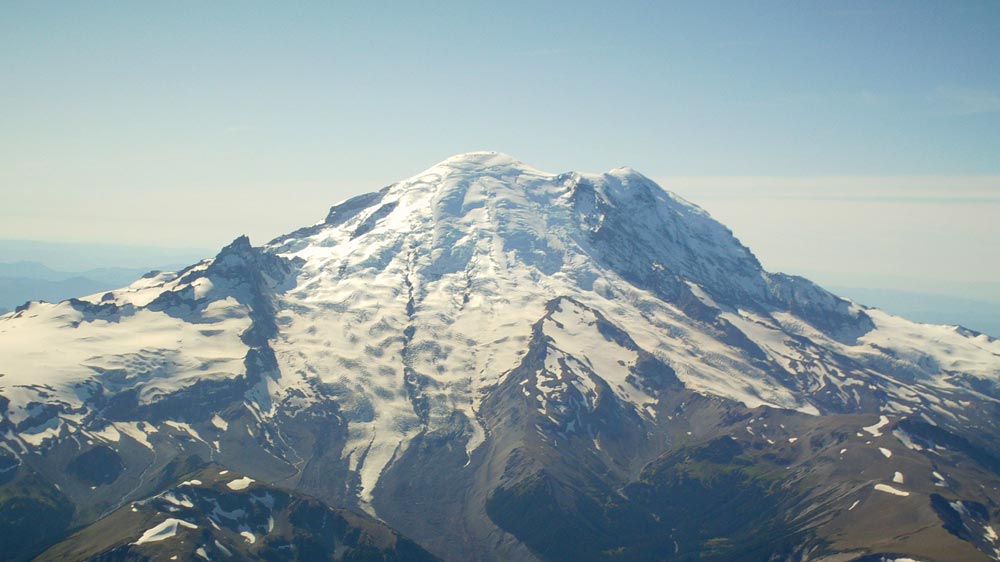 One of the nice things of owning an airplane is that on days like today you can decide spur-of-the-moment to fly to places such as, oh, Mount Rainier! And if that airplane is a Wittman Tailwind you can do it fast and cheap (relatively speaking). So that’s where I flew to today, around Mount Rainier. Round trip was just over an hour and that included flying over Packwood and Tieton-Rimrock. I won’t say much more than that. The pictures can speak for themselves.

The obligatory departure shot. I don’t know why, but I love this view of runways. Taking off or landing, it doesn’t matter. I just like the way it looks. BTW, runway 27 at YKM points directly to Mount Rainier.

This was about 30 seconds after take off. See that little white “cloud” just over the hill tops in the center of the photo? That’s the snow-covered peak of Mount Rainier.