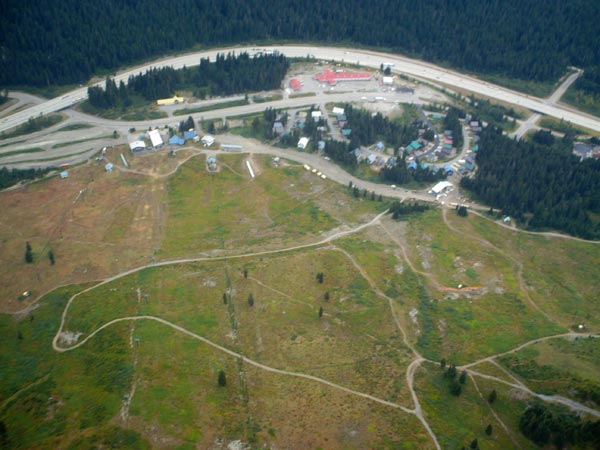 The boss let me leave work early today (HA!) so what better excuse is there to go flying? I hoped that the Washington fall colors were coming into bloom in the Cascades and surrounding towns. I like seeing the autumn-colored leaves while driving, so seeing them from above must be spectacular. I’ve also wondered what Snoqualmie Pass looks like from the air so that gave me a destination to check out and hopefully get some pix of the leaves changing before they fell. It was also a good excuse to test a mounting place for the GoPro to take good photos.

The departure on runway 27. 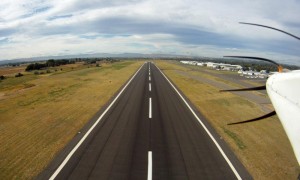 Hey, look. It’s the elusive Shangri-La airport. I’ve tried several times to spot this place while flying over the Wenas Valley. I didn’t even see it while flying today. I just noticed it while reviewing my photos!

Since it was along the way, I thought I’d make a touch-n-go at Cle Elum. It’s a quaint town in a great part of the state, not far from Roslyn and Ronald, all of which are great places to visit even if you have to drive to get there.

OH, WONDERFUL! A bug splattered on the lens while on approach to Cle Elum so now all the remaining pix of this 2.5-hour flight have bug guts on them! No other part of the camera was touched — ONLY THE LENS which happens to be the smallest area of the camera surface. At least it was off to the side so I can crop them out.

Little Kachess Lake and Easton State Airport (ESW). I bet most of you didn’t know there was an airport next to those lakes by Snoqualmie Pass. 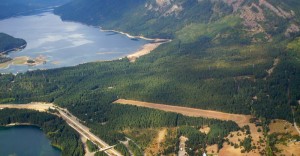 Keechelus Lake (from the south). Anyone who has driven over Snoqualmie Pass has seen this place. 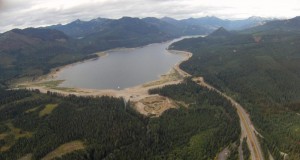 The summit at Snoqualmie. This is where I turned around and headed back. The wind at this location was vicious.

Keechelus Lake (from the north). People always call this side “Stump Lake”.

So, my mission was done. I saw Snoqualmie Pass, but wasn’t ready to head back so I followed I-90 to the Columbia River. If you’ve ever wondered what Vantage, Washington looks like from the air, you should seriously stop wondering and check out this exciting photo that says it all. Make sure you’re sitting down first.

Flying south over the Columbia River, it’s the Wanapum Dam. 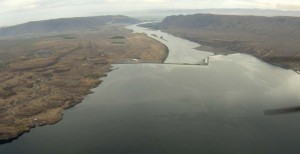 I’ve come this far, may as well hit Sunnyside Muni for a touch-n-go before heading home.

Full stop on runway niner. The entire flight was 2.5 hours and no fall colors to be seen.