I wish you the same blue skies and tailwinds that you have bestowed upon me, Mr. Passow. I promise to help keep your legacy alive through N11018. Godspeed. 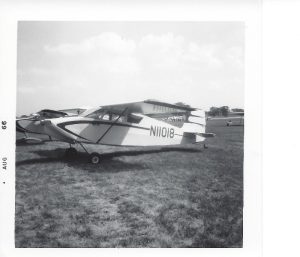 Harold served his country as a First Lieutenant in the 450th Bomber Group, 15th Air Force during World War II. He was an early member of EAA building home built aircraft. He worked for 32 years as a machinist in Milwaukee. He was a member of the Blue Bird Association, making over 400 Blue Bird Boxes. Other pass times were playing poker with the “guys” and backgammon and cribbage with Barb.

Memorial Services will be held in late Spring.