When I bought N11018 in August 2011, it also included a box of miscellaneous stuff and in that box were some fiberglass fairings that “clean up” the area where the lift strut attaches to the wing. They weren’t painted, but the silicone/caulking material that was left on the underside of the wing tells me they were installed at some point. I never got around to reinstalling them until now. I installed them with clear silicone from Home Depot Aircraft Supply and some small wood screws. 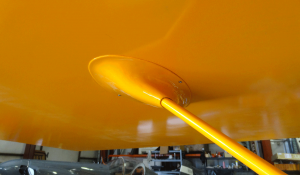 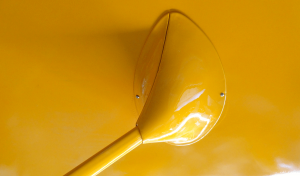