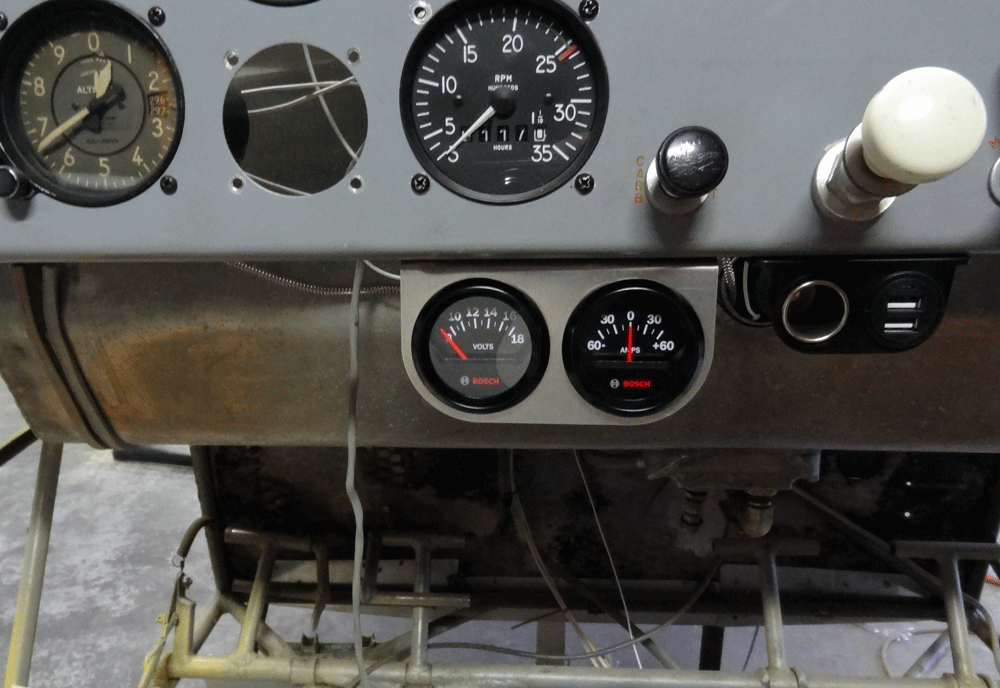 My Tailwind must be a liberal. There are nine gauges in the instrument panel and every one is a different brand. How’s that for diversity?

(Note: the product links take you to Amazon.)

The first three part numbers can be purchased as a single kit which is part number SP0F000054 for $50 which is about $17 less than buying them all individually.

The oil temperature and pressure gauges will be going in the red and yellow arrow locations. I used Solidworks to design some backing plates to secure them to the panel, then had them lasered out of some 16 gauge aluminum. 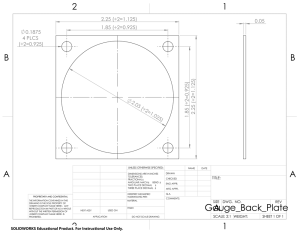 There’s no more room in the panel for gauges so I used Solidworks to make a dual-gauge bezel mount and it will go in the blue arrow area. 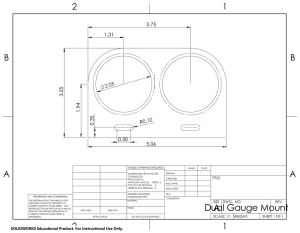 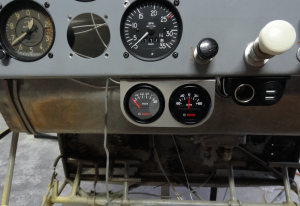 This is what the finished setup looks like. I might end up moving the dual gauge bezel a couple inches to the right so that it’s perfectly centered to the panel. The reason is because the tip of the pilot’s control stick makes contact with it, but only under full forward elevator with a fair amount of right aileron. I can’t imagine a scenario in which I would be applying enough forward-right stick to make contact with the bezel. I know for a fact that I’ve never applied full forward or backward elevator in flight, nor have I ever applied full left or right aileron in flight. The Tailwind’s flight controls are very light. They do not need much input because they’re incredibly responsive. 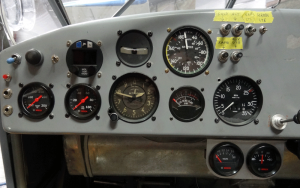 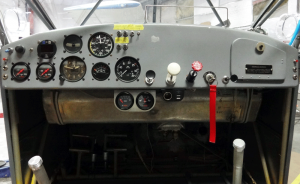 UPDATE — August 1, 2019 — This was a bad idea! Under no circumstance whatsoever should your control stick ever make contact with anything rigid (other than the control stops). You need the full travel of the control stick in order for your control surfaces to function as designed. I got back from Oshkosh last week, but getting to Oshkosh gave me a scare at one airport for a fuel stop. It was late afternoon. The airport elevation was 4,000 MSL, the temperature was about 80°, and the runway had nearly a direct crosswind from the west with the wind sock standing straight out. Long story short, the high density altitude (exacerbated by the full tank of gas and extra weight of my camping gear) and the strong right crosswind on departure required me to have full-forward elevator to get the tail up and full-right aileron to combat the crosswind — EXACTLY WHAT I SAID I’VE NEVER HAD TO DO! It didn’t occur to me at the time that having full deflection of the control surfaces is just as important on the ground as they are in the air. I have removed the volt and amp meter gauges until I can figure out something safer.