Relocating the Rear Spar Carry Thru 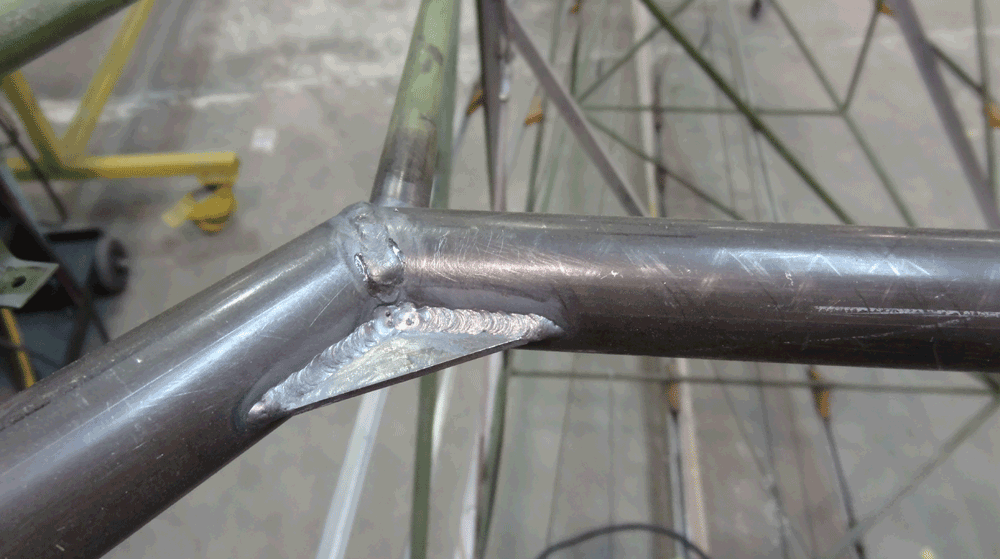 There’s a popular deviation from the standard Wittman Tailwind plans that involves building it with the rear spar carry-thru moved aft about three inches. This is great for people that are tall or people that don’t like smashing their head on that crossbeam when the flight gets bumpy. Trust me, IT HURTS! I eventually wrapped mine with a piece of insulating pipe foam which helped with impacts, but it lowered the headroom clearance by about a half inch. Unfortunately, this mod has only been around for less than 20 years which means any Tailwind built before the 1990’s didn’t have it. Since I’ve got the fabric torn off, now would be a great time to retrofit that modification into my Tailwind. 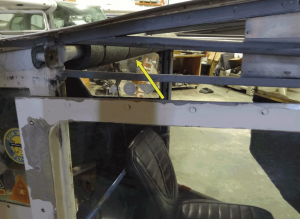 I started by making a compression strut to keep the fuselage from “collapsing” inward when the crossmember gets cut out. Unfortunately I didn’t take more pictures of this, but in this picture you can see the strut (yellow arrow) braced against the passenger side vertical tube that forms the aft side of the door opening. You want this strut to extend to the same location on the opposing vertical tube. Be certain the material you make it from is rigid and wedged firmly in place. I used a hose clamp on both sides to prevent it from moving vertically. There are some pix of the pilot side of the strut further down, but this should be enough to give you an idea.

(If anyone knows what these “vertical tubes” are really called, please let me know.)

The next task was to cut out the rear spar carry-thru. Since the relocated carry-thru will be comprised of 45° angles, you’ll want to make your cuts as close to 22.5° as possible. It doesn’t have to be perfect because the welder will fill in the gaps. 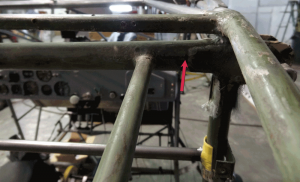 The red arrow is where you want the cut to be. Remember, 22.5° angled toward the tail.

The passenger side cut started. 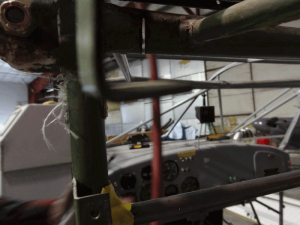 The pilot side cut started.

I won’t spend time describing the rest of the process. The pictures should speak for themselves. I will say that it’s highly recommended to get the fuselage on a rotisserie before starting the welding part of this modification. The guy that did the welding on mine did it tack-by-tack, constantly going back-and-forth from the pilot side to the passenger side, top and bottom. The rotisserie was a big time saver in that respect. He started measuring and cutting tubes on a Tuesday afternoon and when I stopped by the hangar the next afternoon the entire job was done, so about 8-10 hours of labor. 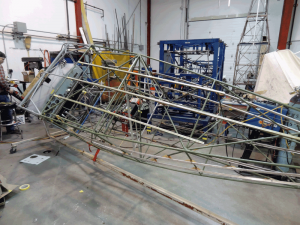 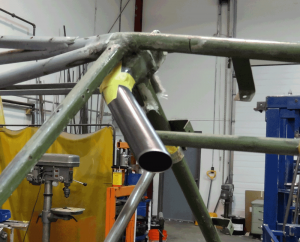 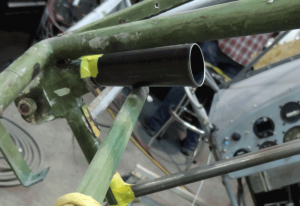 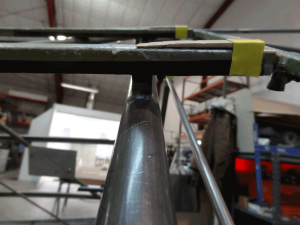 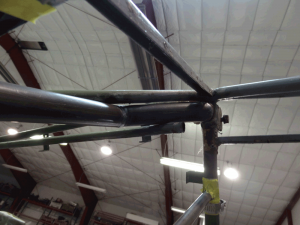 Pay attention to the following photos, especially the next photo with the two “longitudinal braces” highlighted with the yellow arrows. It’s obvious that these parts needed to be shortened to work with the relocated spar carry-thru, but they also needed to be heated up with acetylene and repositioned before they were welded in place. It did not take a lot of heat to redirect these parts to their new locations. It’s critical that they remain straight (no bends or curves) so they need to be heated from their aft-most points at the welds.

(If anyone knows what these “longitudinal braces” are really called, please let me know.) 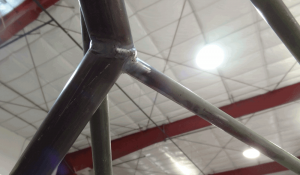 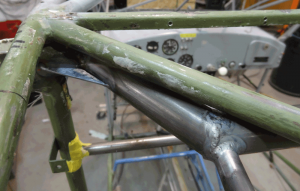 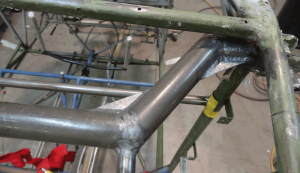 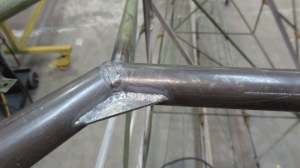