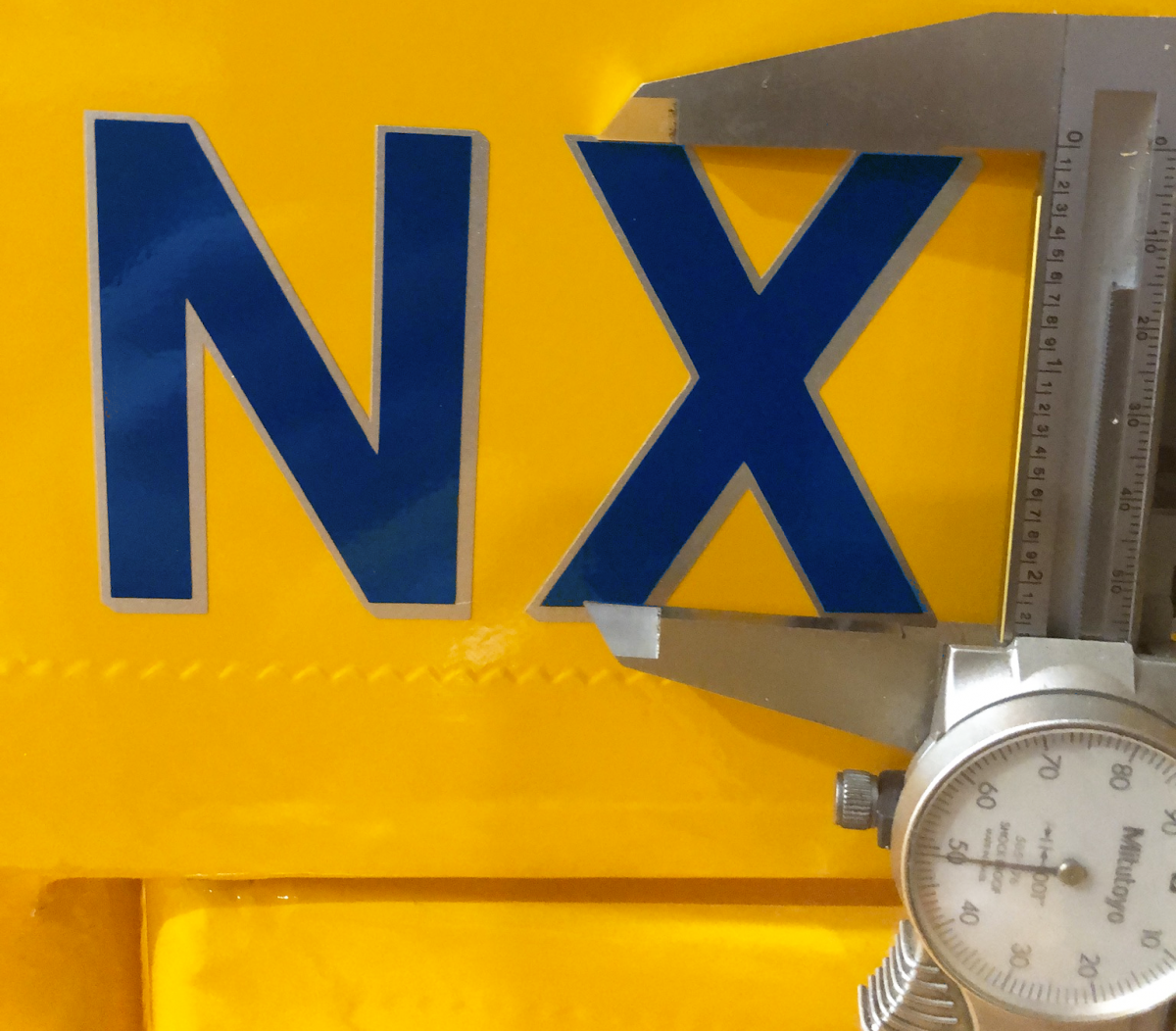 Unless I’ve forgotten something, tail number decals should be all that remain in order to go flying (aside from log book entries). I have no intention of flying internationally nor in excess of 180 knots so the tail number is not required to have 12-inch tall characters like the previous paint scheme had. Furthermore, I won’t need to display the word EXPERIMENTAL on the outside of the fuselage as long as an ‘X’ is displayed in the tail number so N11018 will be modified to NX11018.

§ 45.22(b) — A small U.S.-registered aircraft built at least 30 years ago or a U.S.-registered aircraft for which an experimental certificate has been issued under § 21.191(d) or 21.191(g) for operation as an exhibition aircraft or as an amateur-built aircraft and which has the same external configuration as an aircraft built at least 30 years ago may be operated without displaying marks in accordance with §§ 45.21 and 45.23 through 45.33 if:

§ 45.22(b)(1) — It displays in accordance with § 45.21(c) marks at least 2 inches high on each side of the fuselage or vertical tail surface consisting of the Roman capital letter “N” followed by:

§ 45.22(b)(1)(ii) — The symbol appropriate to the airworthiness certificate of the aircraft (“C”, standard; “R”, restricted; “L”, limited; or “X”, experimental) followed by the U.S. registration number of the aircraft.

I ordered tail number decals from a company called SignSpecialist.com who is capable of making them to the FAA dimension specifications set forth in 14 CFR § 45.29 – Size of Marks. Their website provided an easy-to-use editor for designing the characters and their prices were excellent. I didn’t want to take any chances of potential FAA nitpicking so I designed numbers that were 2.25-inches tall. I chose a deep blue color that was “complimentary” of Cub Yellow on the color swatch. Then I added a silver drop shadow. They look really nice.

RANT ALERT! Surprisingly, for a product that’s susceptible to damage from bending and folding, SignSpecialist DOESN’T mail your order with any sort of reinforcement in the envelope so I had to unwrinkle several numbers before applying them! If you do order from this company, tell them that you want your order shipped in a rigid envelope. 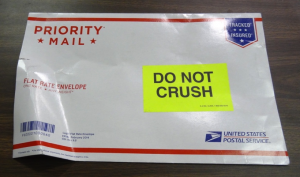 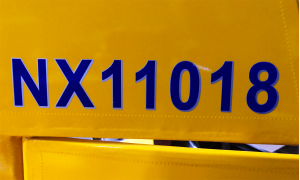 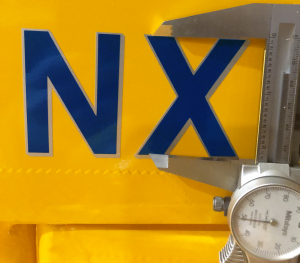